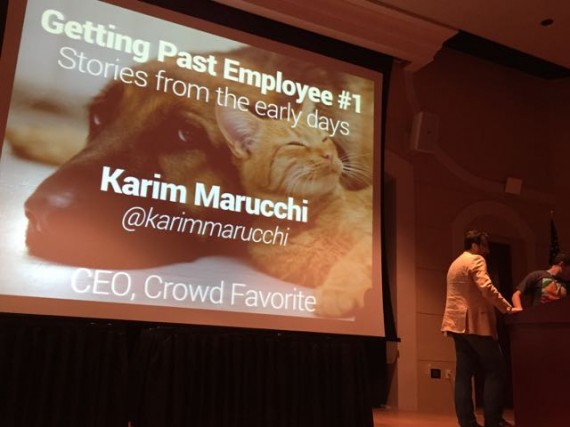 When you go to a conference, how do you organize your time?

See as many sessions as possible?

See as few sessions as possible?

The first choice is a weak, auto-pilot choice.

The second is a well thought out, remarkably intentional choice.

Being organized isn’t just for our stuff.

It’s also for the processes that allow us to make the most of every opportunity, including a two-day conference jam-packed with classroom sessions.

The opening keynote. Randomly, it happened to be Karim. Wasn’t there to hear him or his message.

Was there to see what tone was going to be set for the 2014 WordPress Word Camp Orlando conference.